Esmaa Mohamoud: “My practice is unapologetically black and industrial”

INSTUDIO, February 1, 2017
Open a larger version of the following image in a popup:
Share

Heavy, Heavy (Hoop Dreams), Esmaa Mohamoud’s medal-winning installation in the Interdisciplinary Master’s in Art, Media and Design program (2016), consists of 60 underinflated basketballs. Each basketball is made from a concrete cast and weighs 30 pounds. The work explores contemporary notions of black masculinity from Mohamoud’s frame of reference as a black woman. The visual markers of basketball depict institutionalized violence. 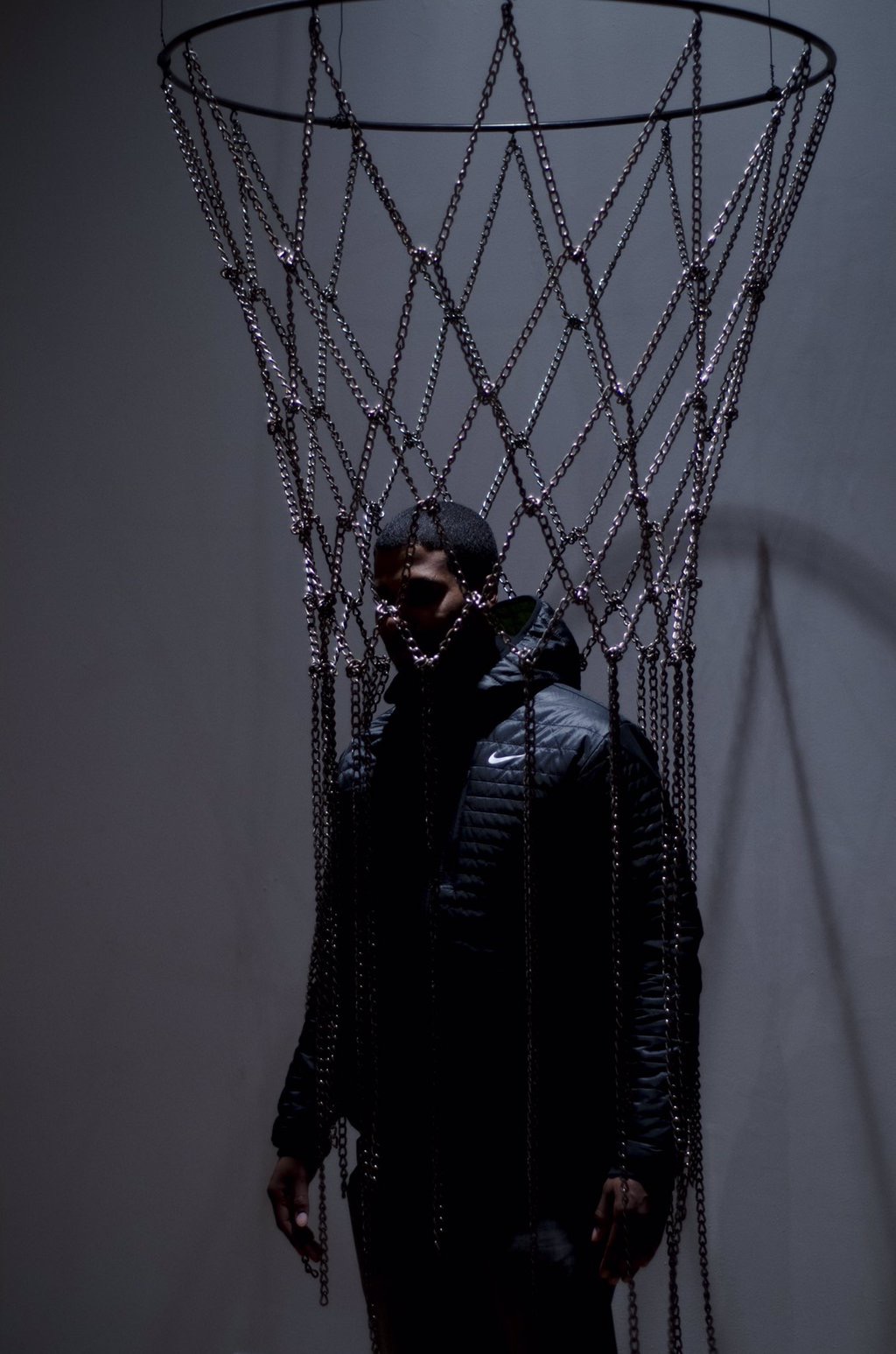 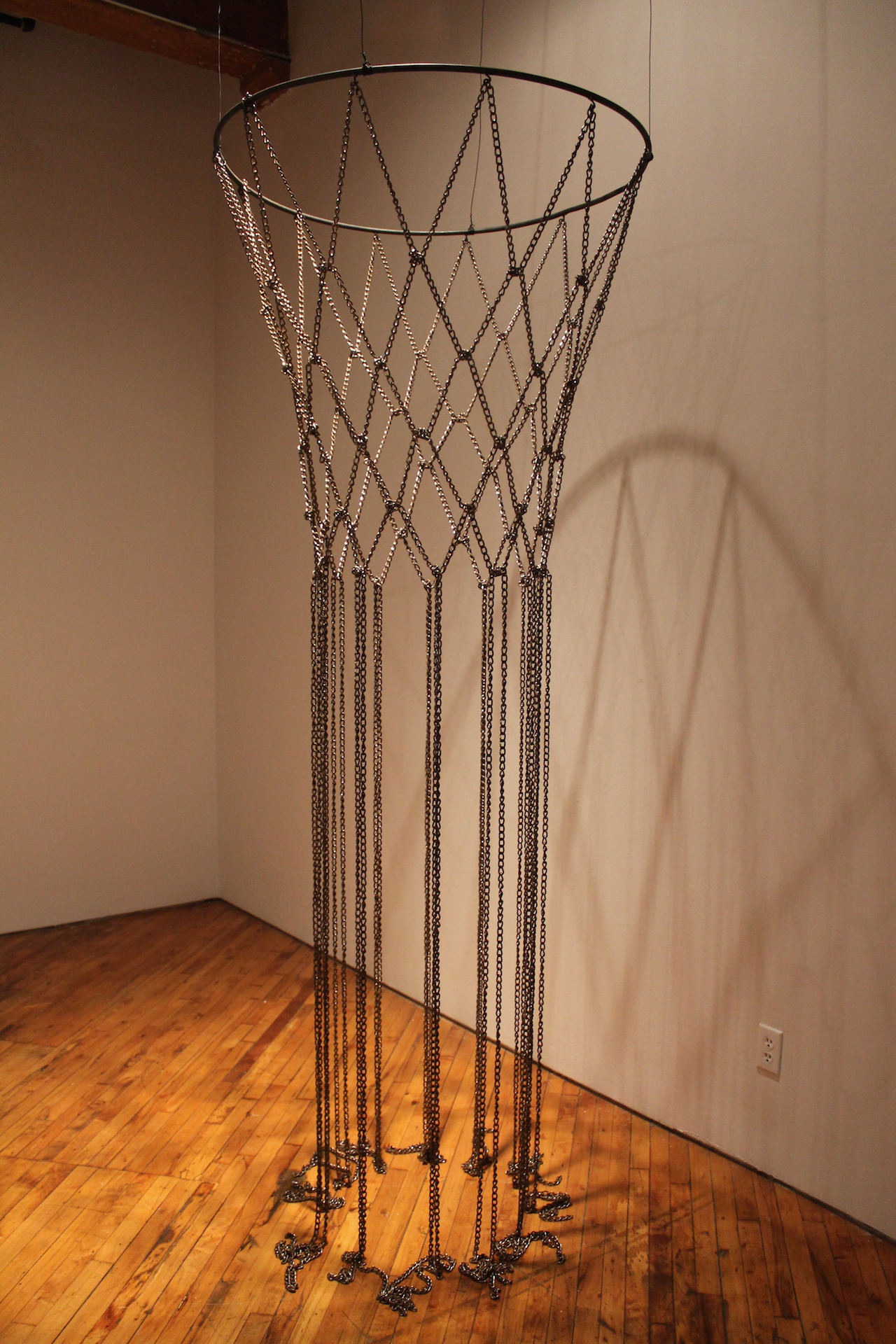 The work was part of Mohamoud’s first solo show, #00000 Violence, held in Spring 2016 at YYZ Gallery. The show also included “I AM MICHAEL JORDAN” x “I AM SCOTTIE PIPPEN” from her I Am series, an oversized basketball hoop made from repurposed chain and steel that’s large enough for a person to stand inside, for an eerie effect.

Mohamoud went on to create a new installation included alongside Heavy, Heavy (Hoop Dreams) at the AGO’s 2017 exhibition Every. Now. Then: Reframing Nationhood, as well as at the ROM’s 2018 exhibition Here We Are Here: Black Canadian Contemporary Art.

“I would describe my art practice as unapologetically black and industrial,” she says. My thesis was about the intangibility of blackness, and black masculinity in relation to athleticism.”

She says she’s working on similar ideas and concerns for her next solo exhibition, although with a wider frame: “I have broadened my concerns to address issues of gender, culture and religion,” Mohamoud says.

Mohamoud decided to study at OCAD U after receiving her BA at Western University because she was seeking a supportive environment: “I love Toronto and the diversity of the communities that exist in this city,” she says. “I wanted to study at a university that welcomes diversity and embraces it wholly.”

Mohamoud describes her advisors while at OCAD U as “amazing and generous with their time and knowledge” and remains very involved in the OCAD U community. “I continue to support my former colleagues in their endeavors and exhibitions. I hope to teach in the sculpture department,” she says. She’ll also be busy continuing to build her art practice in Toronto, which is gaining momentum. She was named one of “14 Emerging Women Artists to watch in 2017” by Artnet.