What artists can do in pandemic Japan. Message that Tomokazu Matsuyama put in Japan's first collection of works

Tomokazu Matsuyama, a Japanese artist based in NY who is active in the world, has released Japan's first collection of works "TOMOKAZU MATSUYAMA IN AND OUT". What is the message he put into this collection of works, such as public art at the east exit of Shinjuku Station and participation in the outdoor sculpture exhibition "Akua Shoma" held at Meiji Jingu ?

The desire to bring the functions of art to Japan, which I realized in NY

Tomokazu Matsuyama came to Japan to coincide with the release of this collection of works. Since last year, he has traveled back and forth in the Pacific Ocean many times, preparing for a long quarantine period, saying that what an artist can do in the global pandemic of the new coronavirus is to deliver his work. This time, just before leaving NY, a state of emergency was announced in Tokyo.

Matsuyama studied economics in Japan and moved to the United States alone at the age of 25. He has established his own expression method by himself, and is now one of the artists who are attracting attention in the world, such as making mural paintings at Bowery Mural in NY, which is famous as a famous place for public art, and holding a solo exhibition at the Long Museum in Shanghai ...

"Since I started art on my own, I had to create opportunities for activities myself. It was public art that challenged me to express it in a new way while following my own career path."

This collection of works consists of two volumes, an outdoor work that contains public art developed in cities such as NY, LA, and Tokyo, and an indoor work that includes painting and sculpture. The content covers everything from past masterpieces to the latest ones.

"Art is becoming more popular in Japan, but there are many other functions that art has besides being an investment target and living with art. In the United States, where I have lived for about 20 years, I realized, for example, a warehouse district. As a result of artists living in Soho and increasing the cultural power of the city, land prices will rise, restaurants and fashion will enter, and eventually it will become a safe residence area, changing the flow of people and the city. There is also power. There are many artists who are active in the world in Japan, but I think there is a view that I can see because I live in NY, and I think there is a way of thinking about art. I want to deliver that through this collection of works. I am thinking " 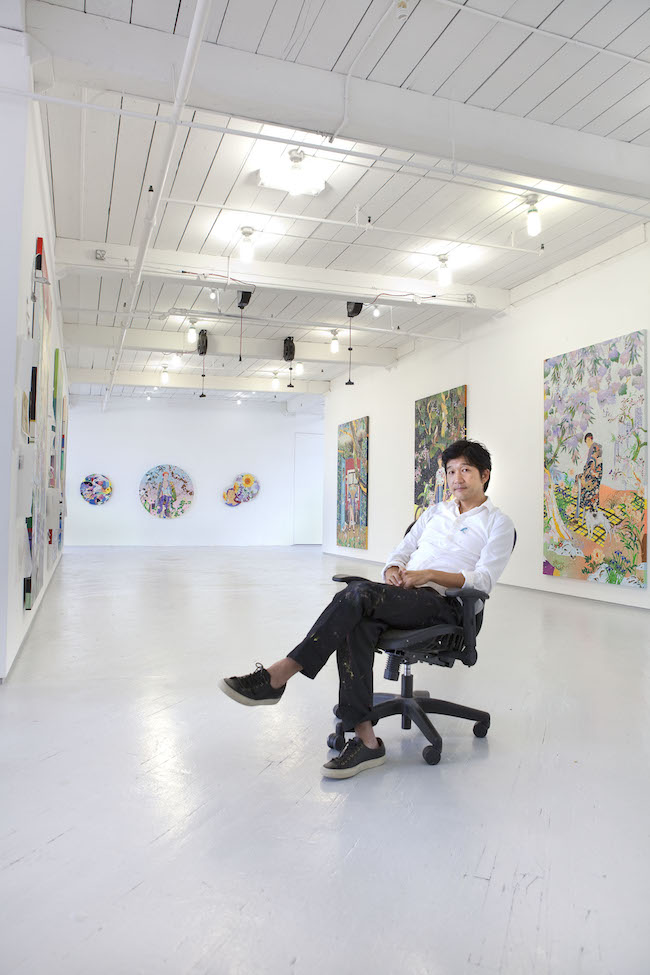 How does the Japanese art and culture scene look to him?

"When I return to Japan, I go to a large second-hand bookstore. All the information is lined up in parallel and I can choose freely. I layer various things when formulating the concept, but the accumulation of this information is very helpful. And Japan's high level of information sensitivity is very attractive. Now that the city is losing its vitality due to the corona disaster, it is the role of culture to bring it back to life. "

Spread of new coronavirus infection from last year. Public art at the east exit of Shinjuku was also set up as the infection spread to Shinjuku. For him who works in the world, he is forced to have a long quarantine period every time he moves. However, this is not a headwind.

"This corona wreck is an unprecedented situation that the world is experiencing at the same time. However, for me, 20 years of living in NY has been a battle against adversity. Asians have been incorporated into the NY art scene in the first place. In other words, no matter what you make, you will not be dealt with. In that process, you will open up a place for expression yourself, overcome adversity, incorporate your energy and conflict into your work, and communicate until you understand it. In an environment where there are many negative situations such as Asian hate, differences in values, and economic disparities, it is energy that keeps us motivated. Given that, the adversity that Corona has brought is ourselves. For me, it's just a limitation of movement. Based on my experience as an artist, it is the artist's job to create a platform that can share this situation with many people and to transform the negative situation. I think not " 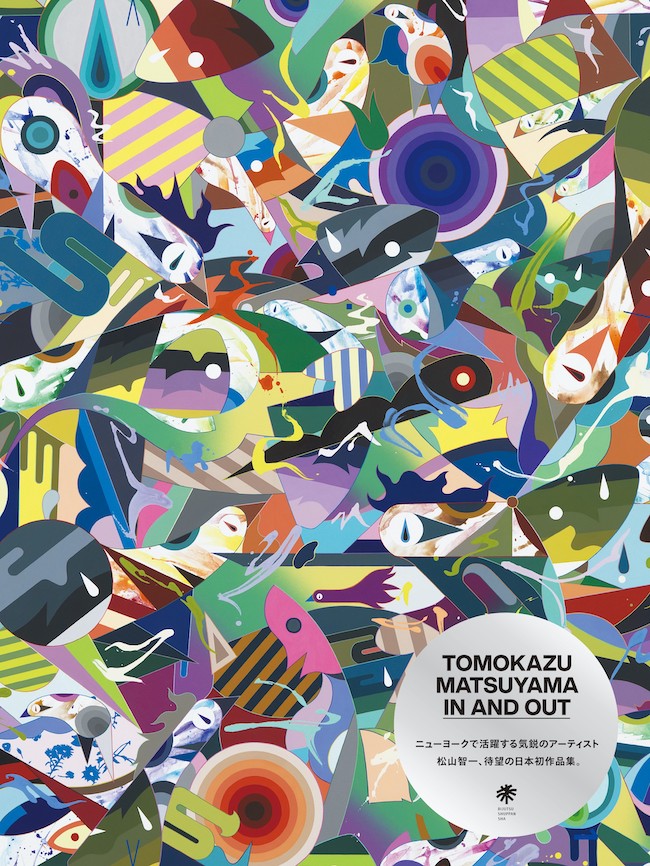 "TOMOKAZU MATSUYAMA IN AND OUT" normal version

"TOMOKAZU MATSUYAMA IN AND OUT"

The special edition, which is limited to a total of 150 editions, includes a handwritten signature, a certificate of the edition, and Japan's first print work.
Limited edition of 50 copies with "Blind Critical Mass" Special edition
price / ¥ 880,000 (tax) included)
Limited edition of 100 copies with "River To The Bank" Special edition
price / ¥ 385,000 (tax included)
* Framed option for those who wish Yes
Special Edition lottery application period / 2021 may 31, 2006 until (Monday)