In the Studio With Clare Rojas, the Painter Who Won’t Be Boxed In

When Jessica Silverman was planning the May opening of her splashy new gallery space in San Francisco’s Chinatown, she knew exactly which artist she wanted to showcase. While the career-making gallerist has successfully brought big names to the Bay Area—Judy Chicago and Isaac Julien among them—those who live and work nearby have long been Silverman’s top priority. And when it came to seminal figures in the local scene, Clare Rojas was first and foremost in her mind.

“To be honest, she’s always been on my radar—ever since I was in grad school here in San Francisco,” Silverman says. At that time, around the mid-aughts, the Columbus, Ohio-born Rojas had just gotten her masters at the School of the Art Institute in Chicago. In her mid-twenties, and “still somewhat of a child,” as she describes herself then, Rojas moved across the country for a simple reason: “love.” Together with her husband, Mission School pioneer Barry McGee, Rojas focused on raising his daughter from a previous marriage with the late artist Margaret Kilgallen, all while becoming a part of the Mission School movement herself. 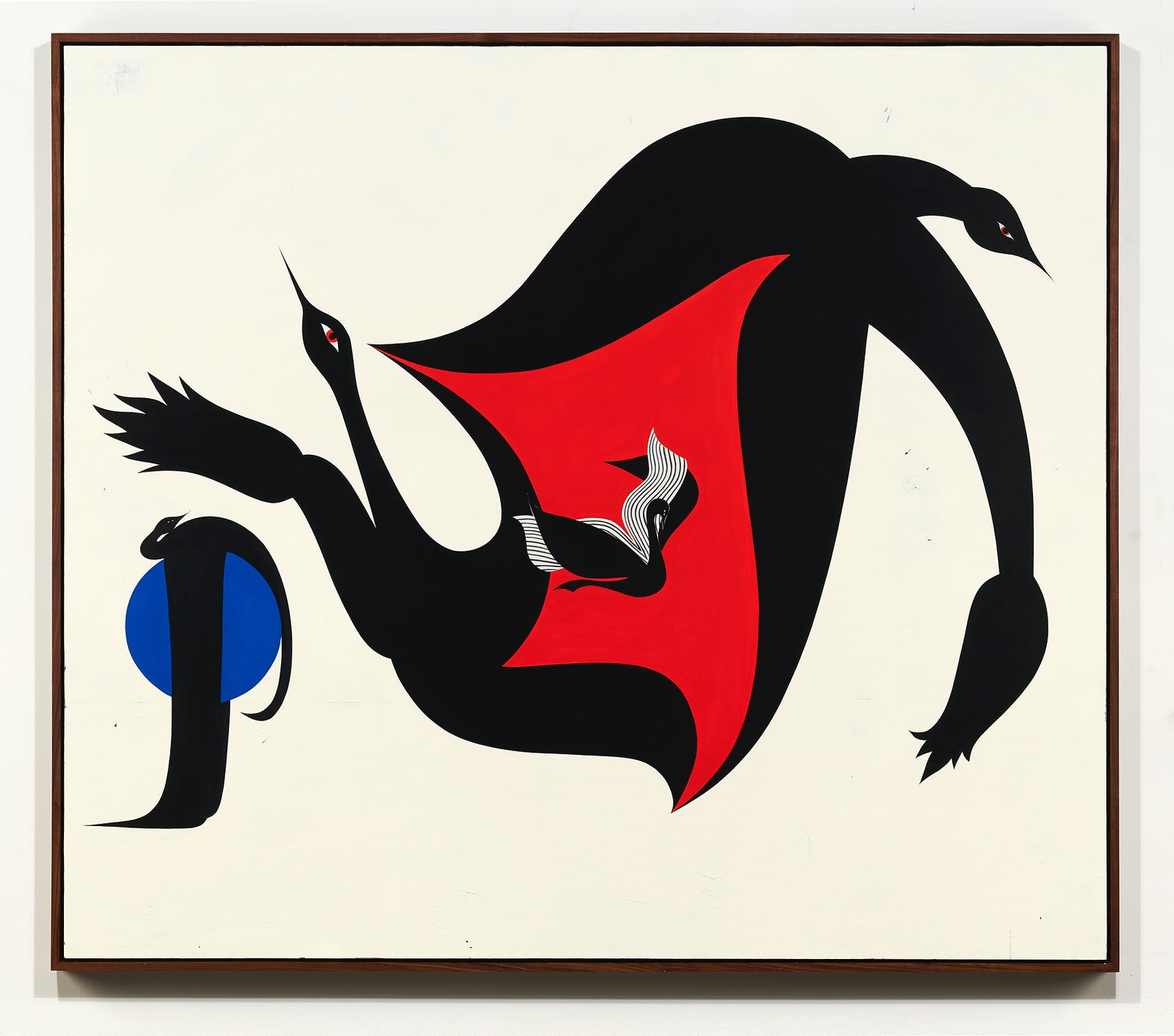 Rojas’s current studio is situated just outside of San Francisco, in picturesque Marin County. It’s off-limits to visitors—even to McGee. Now in her mid-forties, Rojas prefers to keep her work and home lives separate. And in large part, this newfound independence is what has led to the most satisfactory stage in her career. Her inaugural show with Silverman, “Here We Go,” is comprised of recent works that elide abstraction and figuration, and feels like a breakthrough moment. By the time it finally opened, after a pandemic-related delay, Silverman only had one work left to sell. At the same time, David Zwirner’s new e-commerce site, Platform, sold out Rojas’s works so quickly that they ended up adding more. 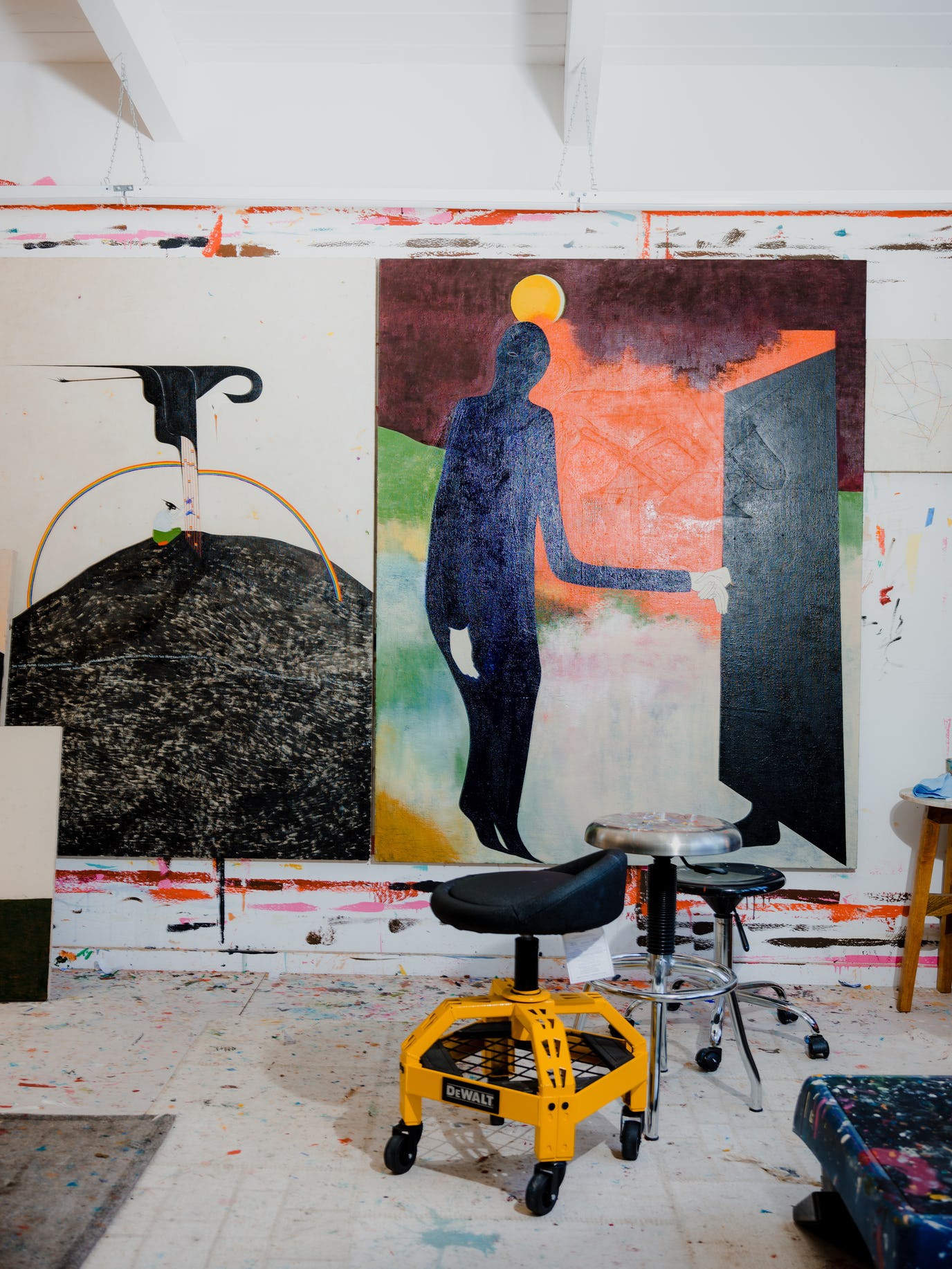 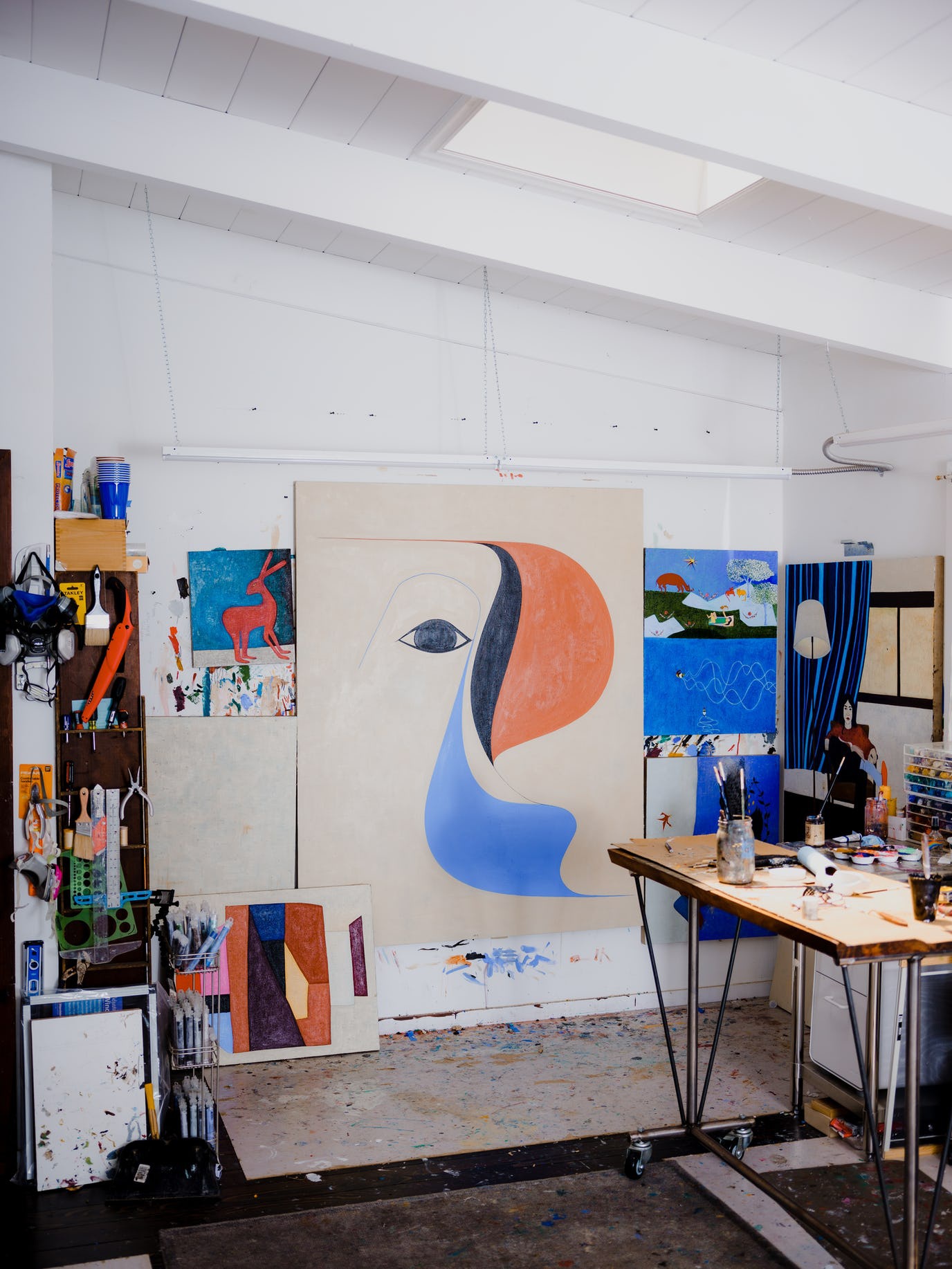 Though she has always been considered an artist’s artist, Rojas’s path has not always been easy. When she was starting out, even as the overtly political, feminist works she was making were landing in the permanent collections of institutions like MoMA, Rojas felt exhausted by having to explain the misogyny she confronted both in her daily life and in her practice. She was literally carrying around index cards annotated with statistics from her methodical research into aggression and abuse to defend the validity of her experiences as a woman.

“That got really exhausting, and unfair,” Rojas says. “It started to feel like it was a script, and kind of trivialized true historical suffering. Just because I can't remember how many women were burned at the stake doesn't mean that didn't happen.” 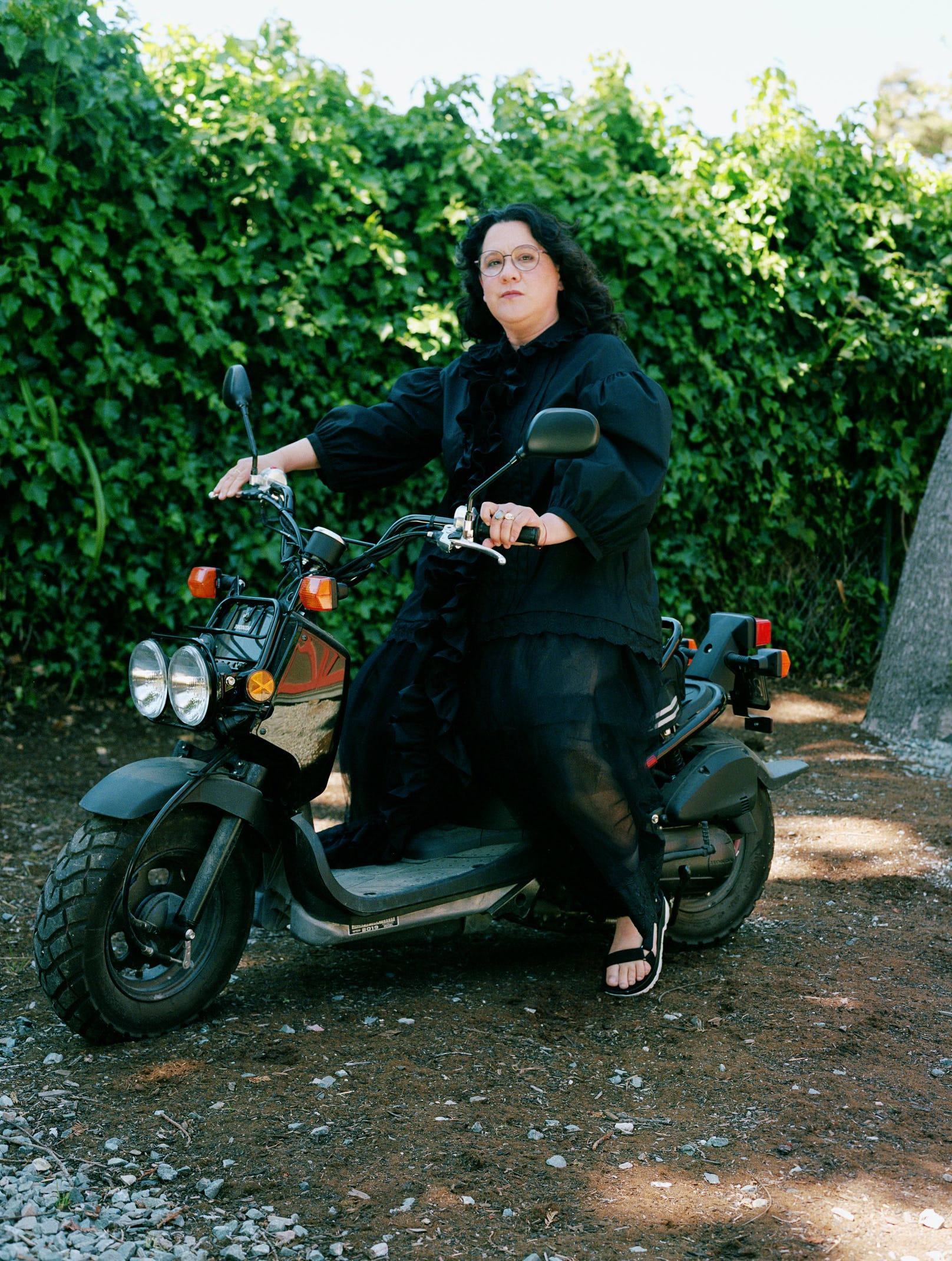 Looking to distance herself from politics, Rojas made a radical pivot to abstraction. The first two years in, she didn’t book a single solo exhibition. “Grants stopped, museum shows stopped, interviews stopped,” she recalls. “I wasn't getting the same kind of attention as when I was talking about being treated unfairly or oppressed or objectified. It felt like I wasn’t talking about what I was supposed to be talking about. And therefore, I had been rendered invisible.”

To be clear, during that time Rojas was in eight group exhibitions, including a two-person show at the Riverside Art Museum with McGee. But to Rojas, the sense of rejection was never merely quantitative; it was existential. “I had an epiphany that for a lot of institutions, I was a checkmark—a woman, a lower-class woman, a Latina woman.” In exchange, she continues, “I was supposed to talk about the oppression that I felt, the sexism. Which is all really important, but I'm a dimensional person. It’s dehumanizing to just focus on the one aspect that’s the hardest part of a person’s life. 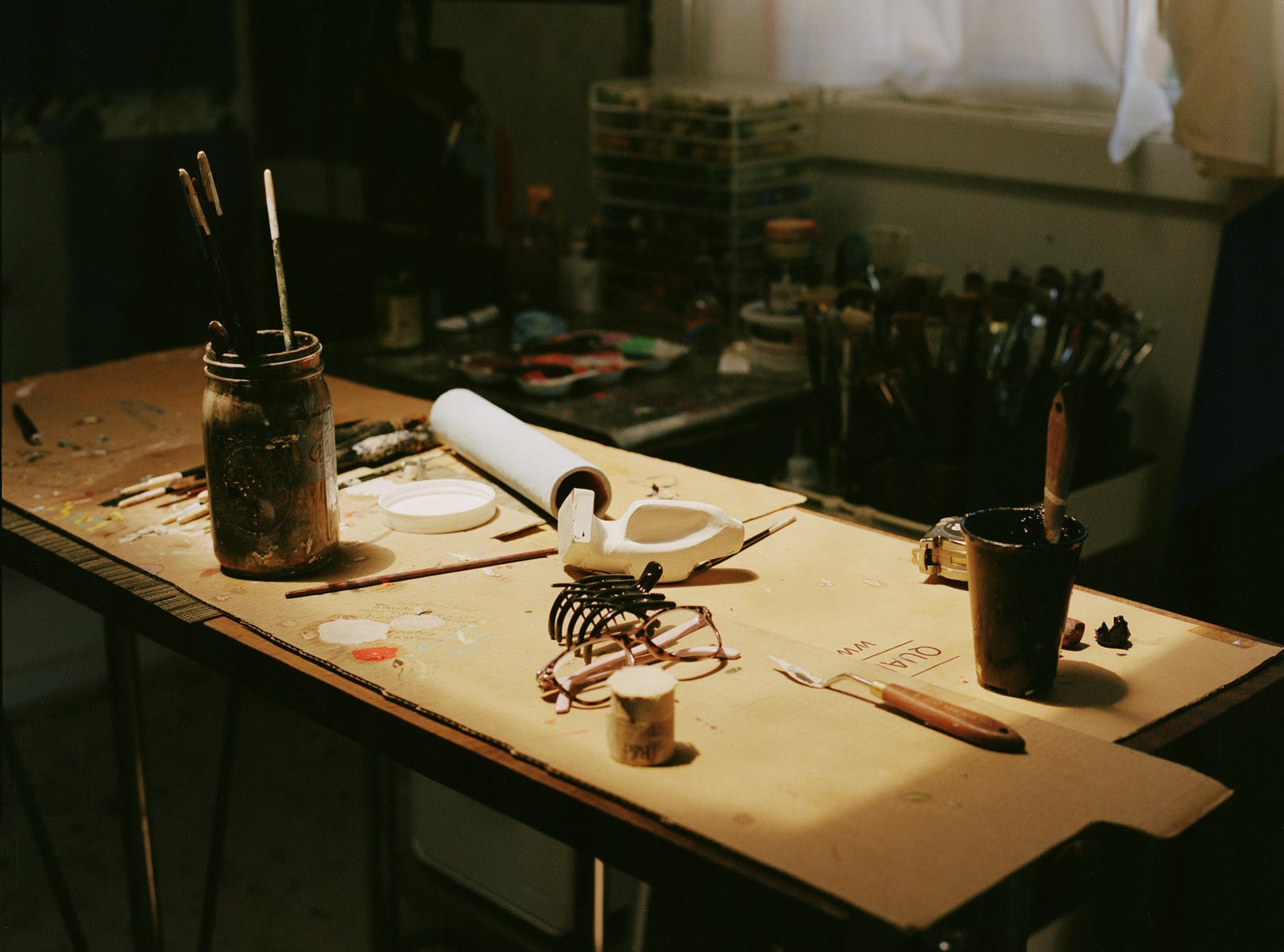 After a while, Rojas began experimenting with the blend of narrative and abstract painting that characterizes her work today. Politics are present, but less overtly than in the past. The women in her works are either “completely shielded, in what looks like warrior outfits”—or, refreshingly, “just humans.” There’s more of an emphasis on the environment, especially birds, with which she’s always identified. (“I see them as a sort of a metaphor for freedom—for perspective, for taking flight,” Silverman says.)

Over the past few years, Rojas has experienced her first real artistic sense of freedom. She still doesn’t depict naked women, for fear of how others may perceive them; but she recently dared to paint a woman in a bathing suit—“probably as scantily clad as you’ll ever see one,” she says. (On the other hand, naked men—which were often depicted in a tongue-in-cheek way during Rojas’s more satirical, political days—are still fair game.) And lately, she’s been patiently figuring out how to incorporate words into her paintings. Rojas—who is also a longtime musician and lyricist, performing under the name Peggy Honeywell—says she still hasn’t figured out how to do so in a way that doesn’t feel trite to her. Still, I’m lucky enough for Rojas to read to me a string of words from one of her newest canvases: “The door to the cursed room was open,” she says softly. “I sought rational explanations.” 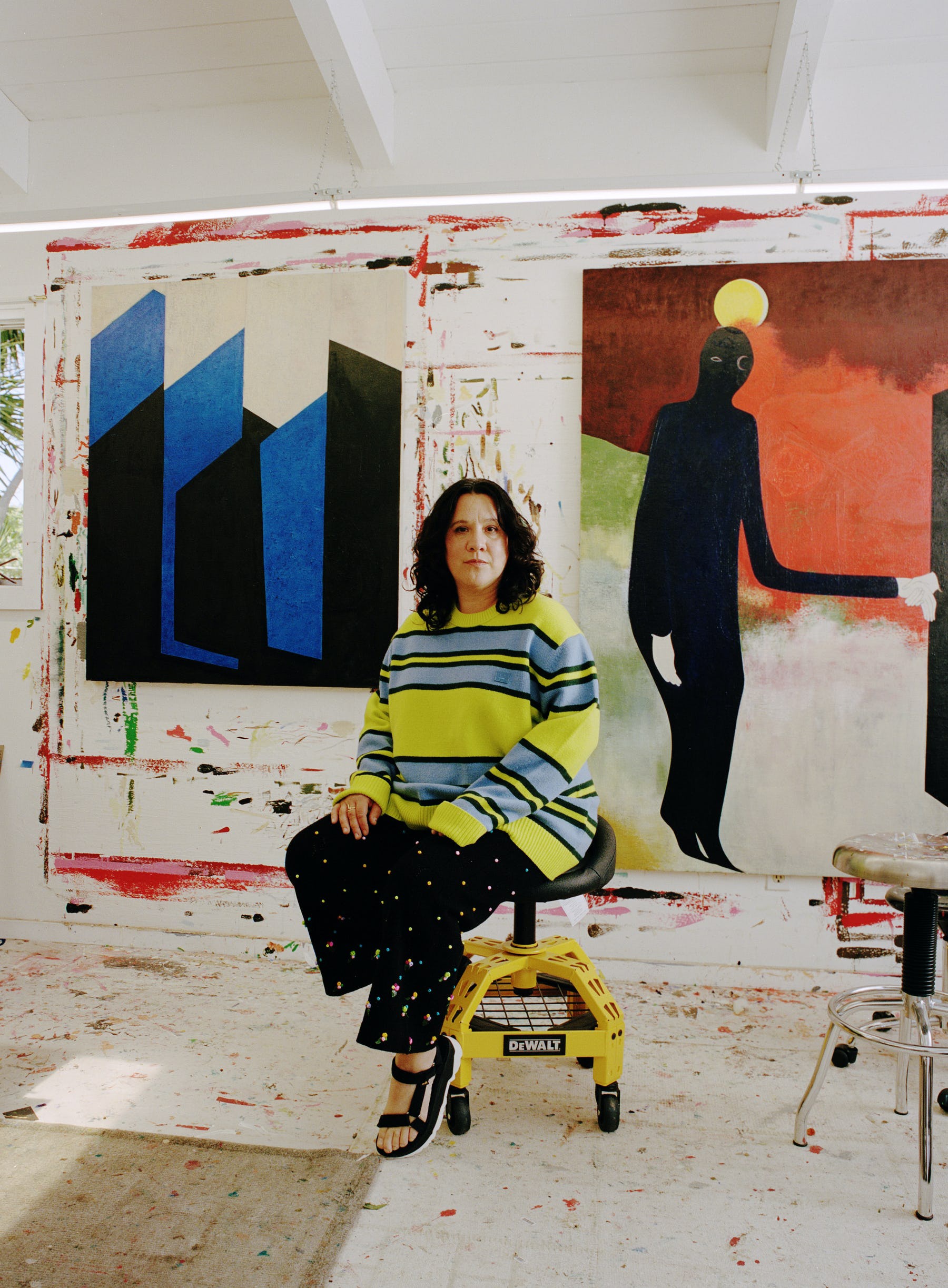