Deborah Kass takes in the world around her and distills it meaningfully into her artwork. This process was how she found her creative voice—using the language of art history as a starting point for her own expression. Her practice has spanned more than five decades across painting, photography, sculpture—even neon light installations. But her most recognized style is often a pop cultural spin on the artistic greats who came before her—from Eugène Delacroix and Pablo Picasso to Jasper Johns and Jackson Pollock. In both homage and critique, Kass’ paintings rewrite their work through her lens, infusing them with Disney cartoons, female artist icons, and texts on gender and identity.

Here, CR speaks with Kass about revising women’s narratives, why power—and art—are always political, and the female figures who were visions for who she could become. 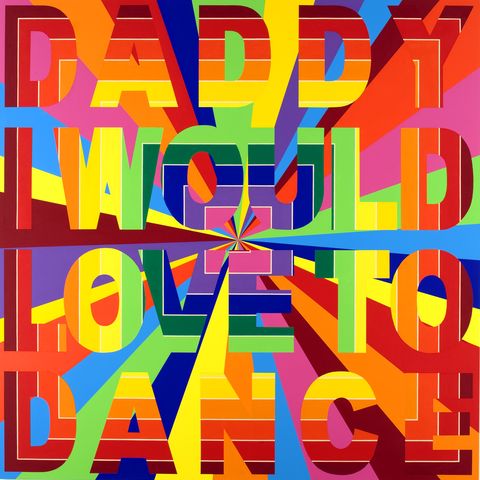 “NOBODY PUTS BABY IN THE CORNER,” 2007
HOTO COURTESY OF KAVI GUPTA GALLERY. ARTIST RIGHT SOCIETY/ARS.
You have cited artists Andy Warhol, Willem de Kooning, and Frank Stella as inspirations for your artwork. What did you glean from them that influenced your approach?

"I actually consider them to be more first loves. I was exposed to them at a very young age, when I was figuring what it meant to be an artist. They were the people in museums at the time and that was how I got to know their work. The people who actually inspired my work as a conscious artist are Pat Steir, Elizabeth Murray, and Joan Snyder, basically the New York school of painting in the '70s where it intersected with feminism. These artists showed me how to use a language I had learned and make it speak for me. That's what they were doing, so that was my inspiration. It made me the artist I am because what these women did was much more about what I wanted that language to say. Faith Ringgold used materials that were not usually associated with high art, Adrian Piper was operating in conceptual art and philosophy. Barbara Kruger, Sherrie Levine, and Cindy Sherman took a deconstructive approach to power and photography that has also informed what I do."

How has your work been a platform for equality within the arts?

"I was always interested in post-war painting in New York and looking back on how power and value are established in art in general. I wanted to see from my point of view and think about how I could use that language to reflect my own viewpoint, to talk about something other than the assumed value and the benefit of the doubt that was always given to white men. I have said it before but it is really the best explanation of it—I used art history as a readymade and made it speak for me. Post-war American painting was my first love, it was what I saw at MoMA when I was 16. I am always very loyal and grateful to my first loves." 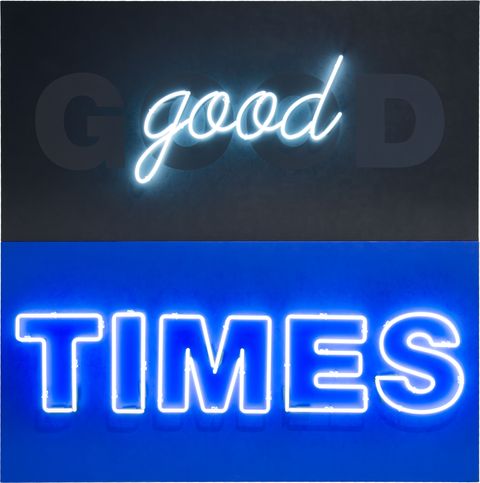 "WHEN YOUR TRUTH IS SPEAKING ABOUT PEOPLE WITHOUT POWER, THAT TRUTH IS COMPLICATED, AS ARTISTS OF COLOR KNOW ALL TOO WELL. FORGET A GLASS CEILING—HITTING A BRICK CEILING CAN BE HARD, ESPECIALLY WHEN YOU ARE DOING IT OVER AND OVER AGAIN."–DEBORAH KASS

You have mentioned that your career was driven by an aim for greatness but that for your generation, “it was still not very cool to be overtly ambitious.” Do you think that looks different at this time in history for women?

"People of my generation really appreciate women of younger generations' ambition. Personally, I am obsessed with Sarah Cooper. For someone like me, it's a joy to see and I am proud of these women. They are often the daughters of my generation, and men who had a very hard time with women’s roles before seem to have a new appreciation of it with their own daughters."

What did figures Barbra Streisand and Gertrude Stein mean to your creative expression?
"Speaking of ambition, they were fantastic role models for me. Barbra was out there at 20 years old expressing ambition, vision, and control. Identifying with her was so important. It's also why we love Madonna—because she went on [the Late Show with David] Letterman and said, 'I want to rule the world.' Gertrude [Stein] was a more mature and literary love that came later. My interest was from her portrait by Picasso that I saw at The Met when I was young, but it developed more in my 20s. She was another picture of female, Jewish ambition. She said, 'I am a genius' and she was profoundly centered on it. I had an aspirational identification with these women. I aspired to their ambition, their genius, and how they unapologetically owned these qualities."

How did your art career help shape your personal voice and identity?
"I could never separate those things because I knew I wanted to be an artist at the age of 5. I was looking for examples of creativity that I could relate to and identify with. I could see [Frank] Stella and [Andy] Warhol but their work didn't reflect me. They were like lofty, Apollonian gods. I wanted idols that sounded and felt like me. I wanted to see it so I could become it. After college and learning the canon of great men, it was the height of Second Wave feminism. I saw art that had much more to do with me and my experience. It was amazing to see Elizabeth Murray's work and have it change my life, to see Barbara Kruger's work and have it change my life again, then to show with Sherrie Levine and have that completely change what I thought about art. Those were the inspirations."

“BEFORE AND HAPPILY EVER AFTER,” 1991
PHOTO COURTESY OF KAVI GUPTA GALLERY. ARTIST RIGHT SOCIETY/ARS.

You have mentioned that your reigning desire is to engage the world. How do you hope to empower the broader community through your work?
"I want truth. I know that art is supposed to be truth and beauty, but I am really only interested in the truth. There are certain political moments that have defined my consciousness, and I find it so upsetting—what is going on in the world right now and how little some things have changed. There are always swings to the left and the right, but I find that the pendulum swings most over those bodies of people of color and women. There are a lot of down days...but also there are a lot of great women doing incredible things in business, television, and production. I think that the art world still really precludes women, but that's what is so important about truth being a motivator. When your truth is speaking about people without power, that truth is complicated, as artists of color know all too well. Forget a glass ceiling—hitting a brick ceiling can be hard, especially when you are doing it over and over again.

I decided to become an artist when I was still a child and it has been a very hard path since, especially as a woman. I would never advise someone else to do it. Yet for some of us, there is an element of—this is who I am and what I need to be. It is sheer drive, ambition, and vision that gets you through it, but in many ways, that's life and all paths can be hard. At least you get to live doing what you love and what you think you were put here to do. It has not been easy and it is not easy still, but I am proud of my work. It took me decades to be able to say that, and to be able to feel confident that I have said what I meant and meant what I said. Even with progress, there is still much more work to do."